Aravind Adiga in The White Tiger raises important questions and completes an important feat – rendering the complex concepts of poverty traps and the rah-rah around entrepreneurship accessible in a devastating tale. 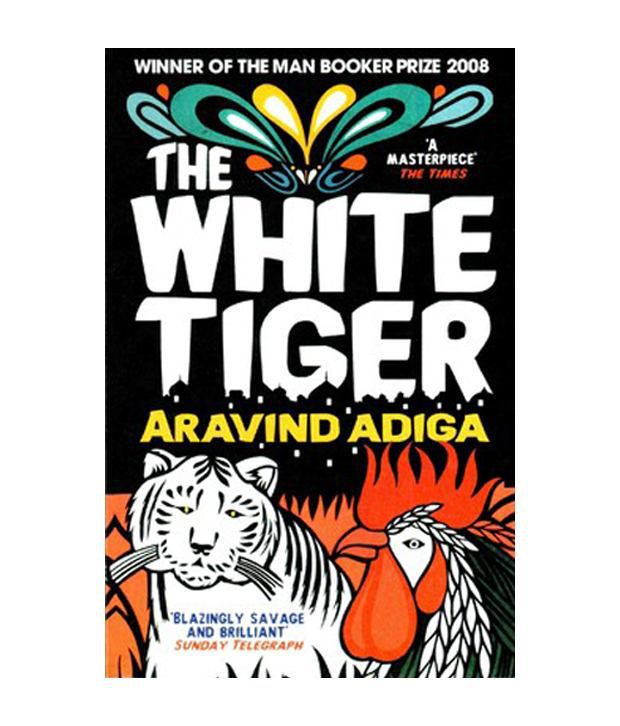 The entrepreneurial story is often about young men – women rarely feature as protagonists – undertaking the journey from rags to riches.  Through hard work, attending the University of Hard Knocks the protagonists find a route to social mobility and respect. This universal storyline has been criticised so consistently that to equate entrepreneurial success with hard work, dedication and perseverance – without referencing to contextual factors – is to be guilty of the Haratio Alger Myth. The author Haratio Alger, was an extremely popular American author writing in the 19th century, who told stories of industrious young men overcoming their poverty, with hard work, initiative and perseverance, and through that becoming not only wealthy, but virtuous people. There is an importance in not reproducing this myth, for as much as we admire the successful and ethical entrepreneur, it provides little understanding of the reasons for her success.

Can the opposite however be true? In criticising those perpetuating the  Haratio Alger Myth we may overemphasis the contextual factors that have led to entrepreneurial success. Yet, there is a deeper conclusion that we may reach – entrepreneurial success may transform the lives of the person, but it is not powerful and disruptive enough to change the underlying economic system, meaning that the majority of people stay trapped in conditions of exclusion and exploitation. A demanding question that South Africa must face, and the reason The White Tiger – set in India – has relevance to us in South Africa.

Back story – This book was first read on flights to and from Durban, and in-between my work at the Public Service Summit. I read this again after Zapreneur went live. It just seemed like the right book to read at the time as I explored the questions of small business support in South Africa. Bought at OR Tambo International Airport (R 143-00) in 2010.

Recommendation – A must read, because it raises difficult questions on entrepreneurship and poverty traps.

In The White Tiger Aravind Adiga provides a challenging remake of the Haratio Alger myth. He takes a young man from a poor background, who turns out to be a rogue (with a sympathetic voice) who murders his master for social advancement.  Balram “Munna” Halwai (later called Ashok Sharma) is the protagonist of The White Tiger. The story is told through a letter to the Chinese Premier, Wen Jiabao. Halwai’s route to social mobility starts with migration from rural areas to city, and with him learning to drive and receiving employment as a driver. He reaches the end to his upward mobility, ultimately having to kill his master to continue his upward trajectory. He steals the money that his master would have used to bribe politicians. Adiga is asking unsettling questions – Is social mobility in a corrupt society only possible by becoming corrupt? Why does Halwai have to kill his master, when all he needed was money? Adiga does not answer these questions, but rather provides Halwai with a voice that fosters empathy for his intentions, and an intriguing contextual defence for his actions.

The White Tiger and Chickens

It is the contextual defence of his actions that left the biggest impression on me. Adiga creates something called the Rooster Coop to explain the context.

The greatest thing to come out of this country in the ten thousand years of its history is the Rooster Coop. Go to Old Delhi, behind the Jama Masjid, and look at the way they keep chickens there in the market. Hundreds of pale hens and brightly coloured roosters, stuffed tightly into wire-mesh cages, packed as tightly as worms in a belly, pecking each other and shitting on each other, jostling just for breathing space; the whole cage giving off a horrible stench – the stench of terrified, feathered flesh. On the wooden desk above this coop sits a grinning young butcher, showing off the flesh and organs of a recently chopped-up chicken, still oleaginous with a coating of dark blood. The roosters in the coop smell the blood from above. They see the organs of their brothers lying around them. They know they’re next. Yet they do not rebel. They do not try to get out of the coop. The very same thing is done with human beings in this country (Page 173).

In elaborating on the Rooster Coop, Halwai explains that:

Never before in human history have so few owed so much to so many, Mr. Jiabao. A handful of men in this country have trained the remaining 99.9 percent—as strong, as talented, as intelligent in every way—to exist in perpetual servitude; a servitude so strong that you can put the key of his emancipation in a man’s hands and he will throw it back at you with a curse (Pages 175-176).

To break out of the Rooster Coop, Halwai evaluates the consequences as follows:

…is that only a man who is prepared to see his family destroyed – hunted, beaten and burned alive by the masters- can break out of the coop. That would take no normal human being, but a freak, a pervert of nature. It would, in fact, take a White Tiger. You are listening to the story of a social entrepreneur, sir (Page 177).

In the concluding section of the book, Halwai (now called Ashok Sharma, who takes the first name of his master) validates his actions by saying that:

I think the Rooster Coop needs people like me to break out of it. It needs masters like Mr. Ashok – who, for all his numerous virtues, was not much of a master – to be weeded out, and exceptional servants like me to replace them (Page 320).

The novel thus takes a controversial stand on entrepreneurship – rather than the creative destruction envisaged,  entrepreneurship helps keeps the system intact. The novel asks a more general and demanding question , is entrepreneurship in the sense of a dutiful and hardworking bootstrapped individual a viable route out of poverty, or is market based mobility always based on corrupt practices?

The book has led to several differing interpretations. Those praising the book argue that it is anti-capitalist, and it provides a damning but realistic picture of contemporary India, with some even arguing that it pleads for a classless society. Krishna Singh [PDF Link] is one of those who provides a thought-provoking argument that the book pleads for a classless society.  A more intuitive take on economic inclusion is provided on the blog  ReadnRight, which argues that India will not have arrived until economic inclusion is achieved.

Against this is the criticism that the novel is inauthentic, providing a middle class view of poverty, written for a non-Indian and non-poor audience. (A harsher criticism is that it is simply not written well.) The critics show an inconsistency between who Balram/Ashok is, and the narrative he provides. Some of the criticism in this vein is shallow, simply indicating a disjuncture between the class position of the author, and his narrator in a lower caste. A more thoughtful criticism is provided by  Sanjay Subrahmanyam  who argues that:

…the novel has its share of anger at the injustices of the new, globalised India, and it’s good to hear this among the growing chorus of celebratory voices. But its central character comes across as a cardboard cut-out. The paradox is that for many of this novel’s readers, this lack of verisimilitude will not matter because for them India is and will remain an exotic place. This book adds another brick to the patronising edifice it wants to tear down.

To be certain, this is a demanding criticism, but it has validity.

Aside: For South African readers  it is just too tempting to add this aside, again quoting from Sanjay Subrahmanyam, who writes: “As it turns out, the Halwai’s are an upper-middling caste of sweetmeat-makers, resident across large swathes of northern India and often using the caste name of Gupta.”

Despite the accolades and criticisms, the wider themes of entrepreneurship as a tool for social mobility and for market based economic inclusion is a universal theme, which is given a demanding  take in this novel . Add in the problem of corrupt relationships between the economic incumbents and the political leadership on the one hand, and the frustrated expectations for social mobility from the excluded and the novel provides a devastating tale. It is a tale that has resonance in South Africa, and for that reason, this book is highly recommended. SL

4 thoughts on “The White Tiger and the Rooster Coop”